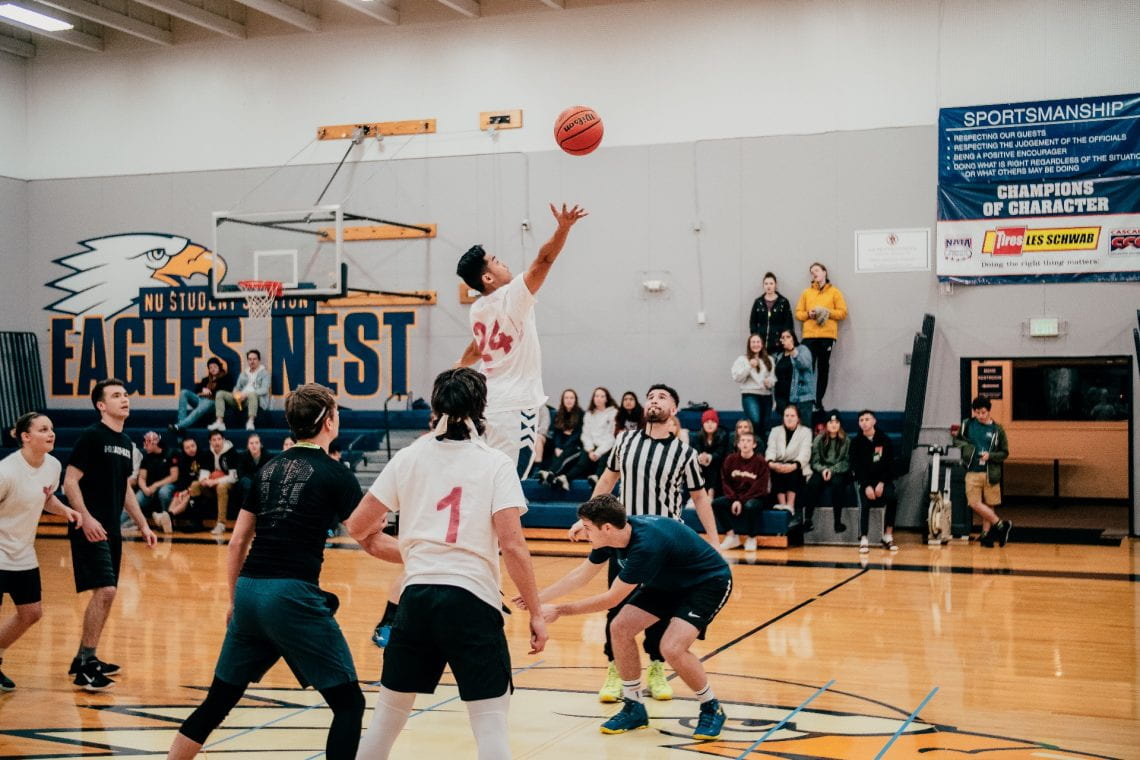 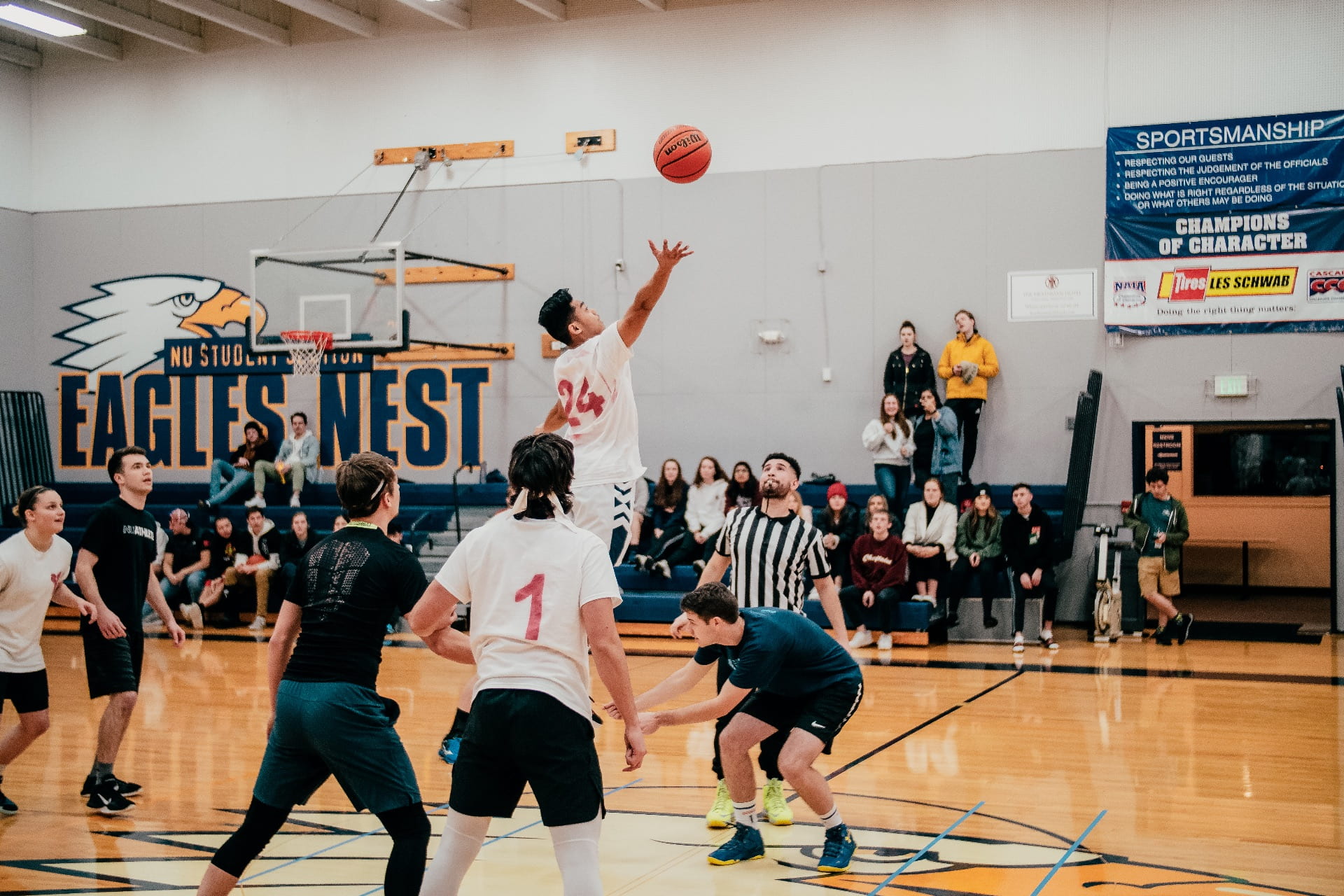 If you were not aware, it’s that time of year again; Intramural basketball is here! The season tipped-off in the Kari Brodin Pavilion at 9 p.m. on Tuesday, Feb. 4. Six teams were formed from student living arrangements, including the Pride, the Ducks and Chicks, the Bumblehood (comprised of a partnership between the Sisterhood and the Hive), the Neighborhood, the Jungle and the Wolfpack. 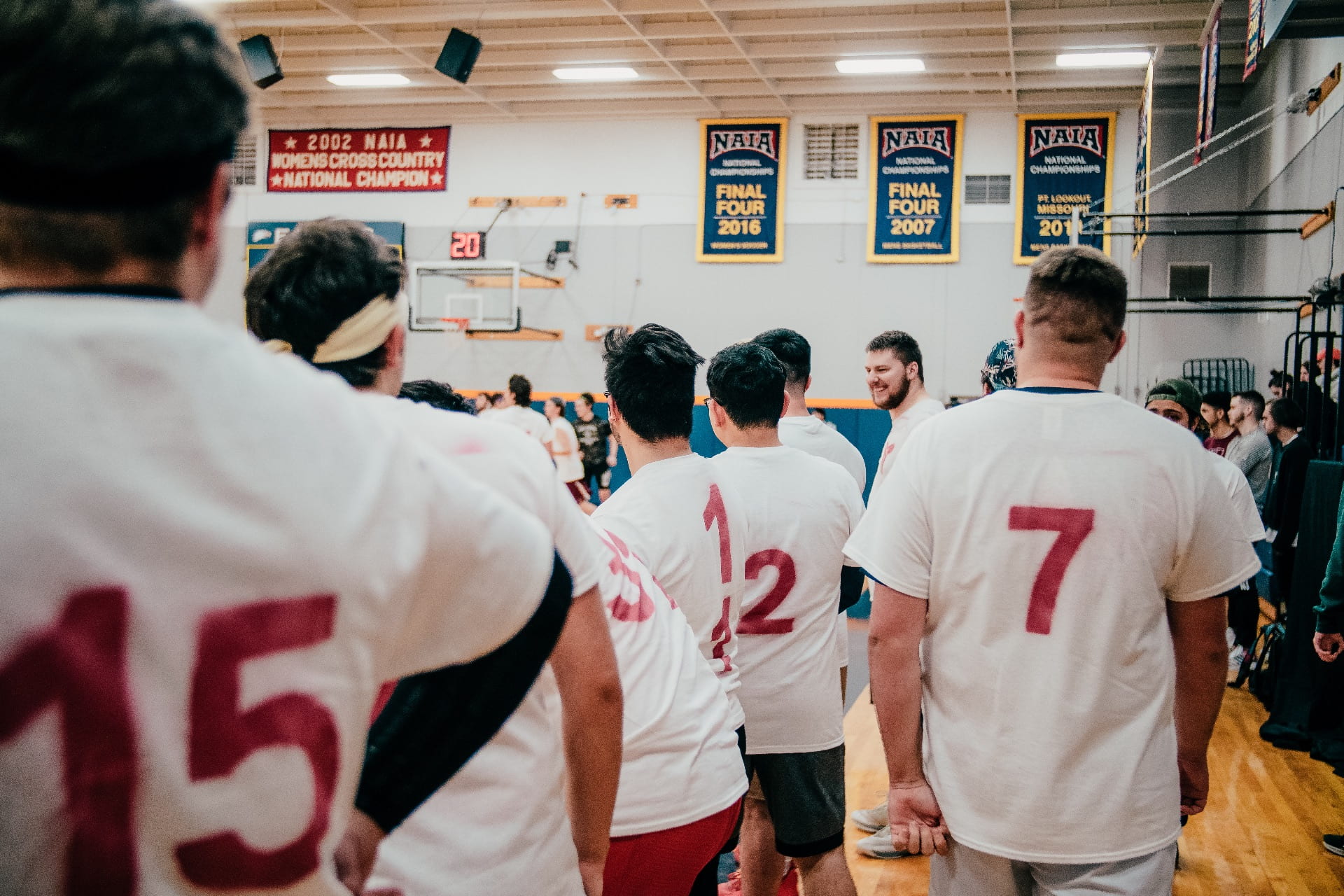 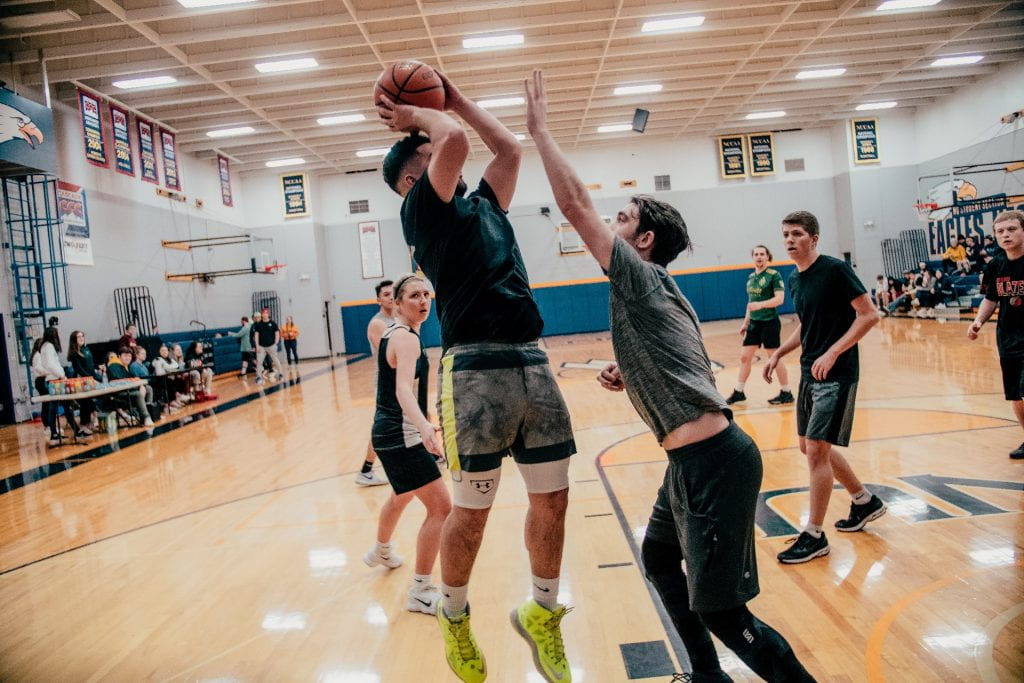 Many players, volunteers and fans gathered to participate in and watch one of the community’s favorite sport seasons of the year. While there are always bumps on the first night, teams worked hard to secure a “W” for the first game of the season. SAB Intramural Coordinator Olivia Ragland reflected on her favorite part of Tuesday night’s intramural games.

“I think my favorite moment of tonight was probably just watching all the teams come out together and the unique ways they broke through their banner and entered the new season,” Ragland said. “Everyone seems to be having a good time. A lot of people showed up and the snacks went away really quick, so I think that is a plus. I think everybody tends to really enjoy basketball.” 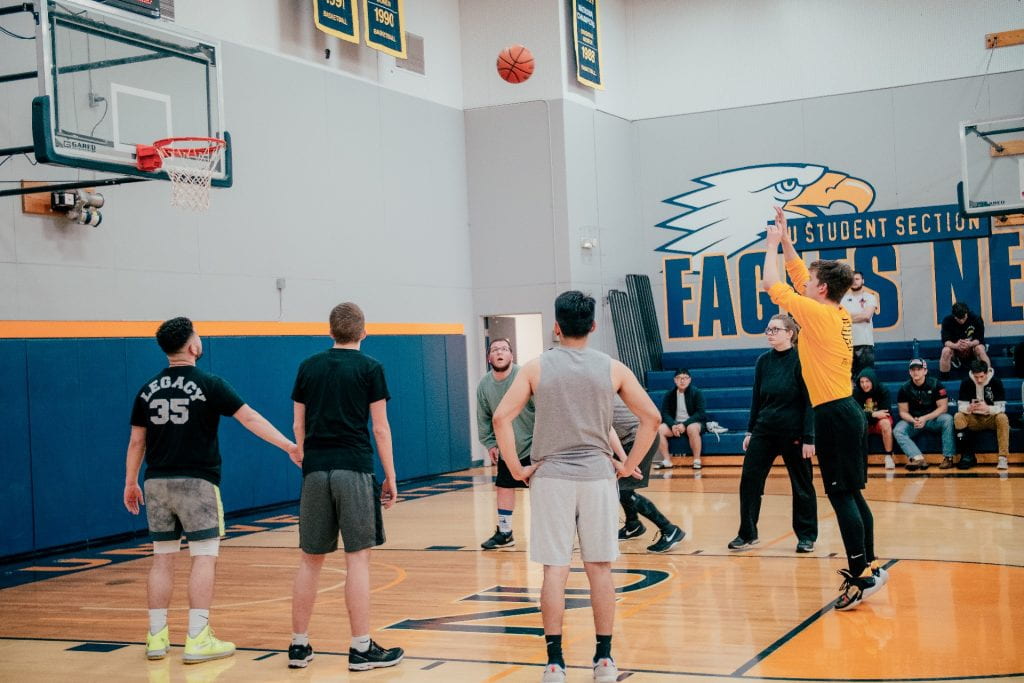 People expressed eagerness to see how the season is going to turn out, and Hailey Mavromatis, a member of the Pride, expressed her thoughts about the rest of the season.

“I’m excited for what’s coming up. I think we’ve got some good basketball to be played. I’m looking forward to the rest of the season,” Mavromatis said.

Intramural basketball will continue on every Tuesday and Thursday night of February, starting at 9 p.m. Team schedules can be found on the IM Leagues website. The championship game will take place on Thursday, March 5; more information about this will be announced in the future.