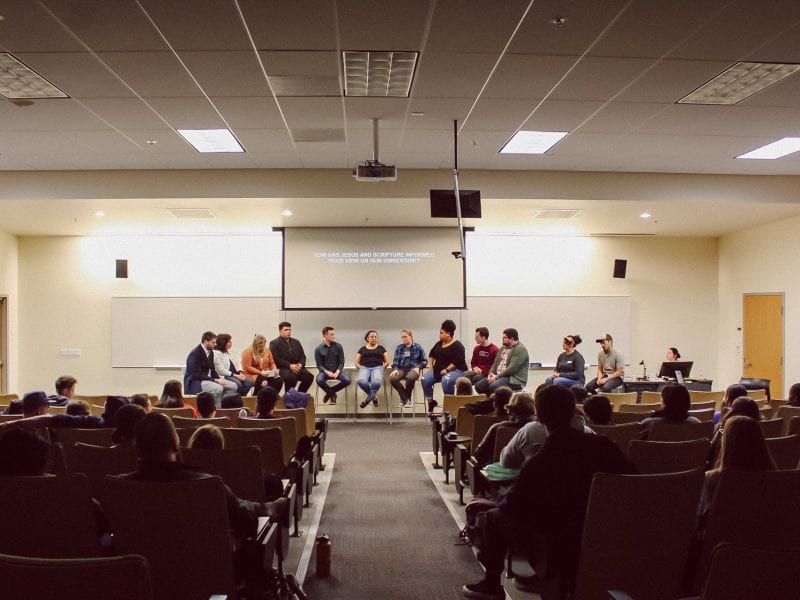 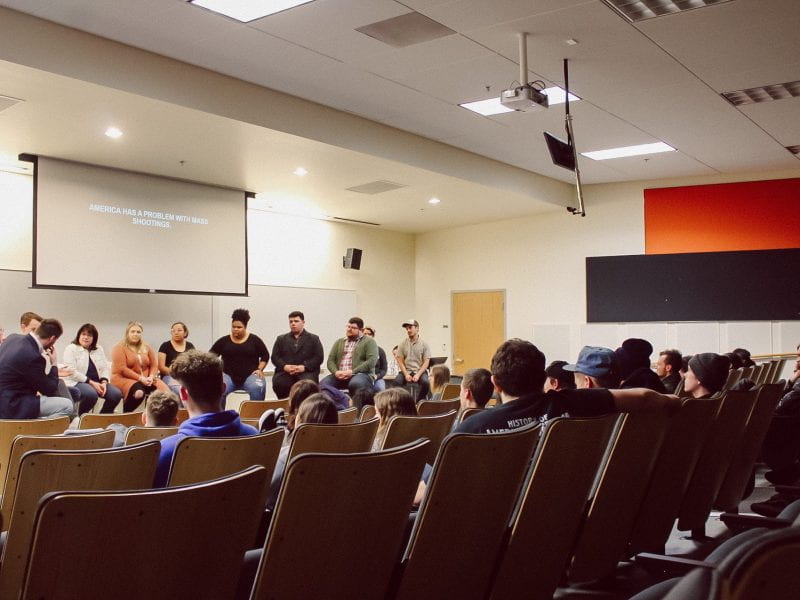 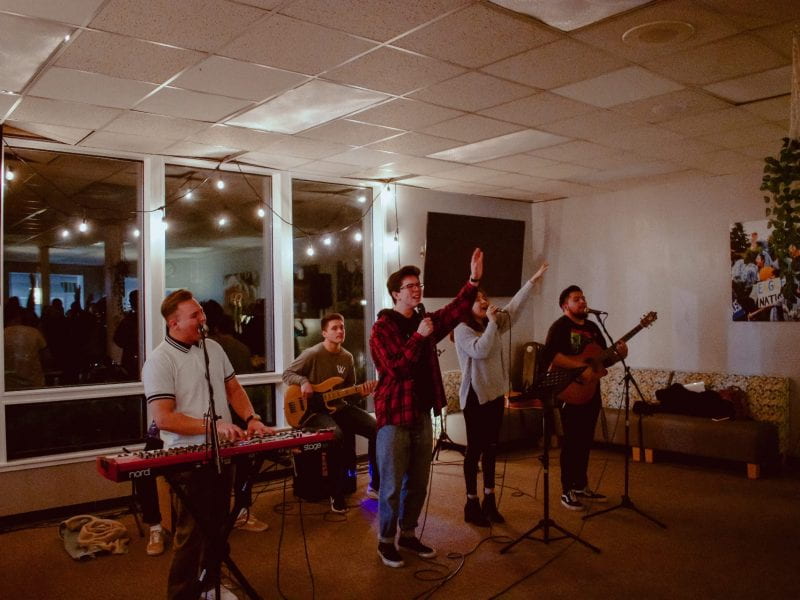 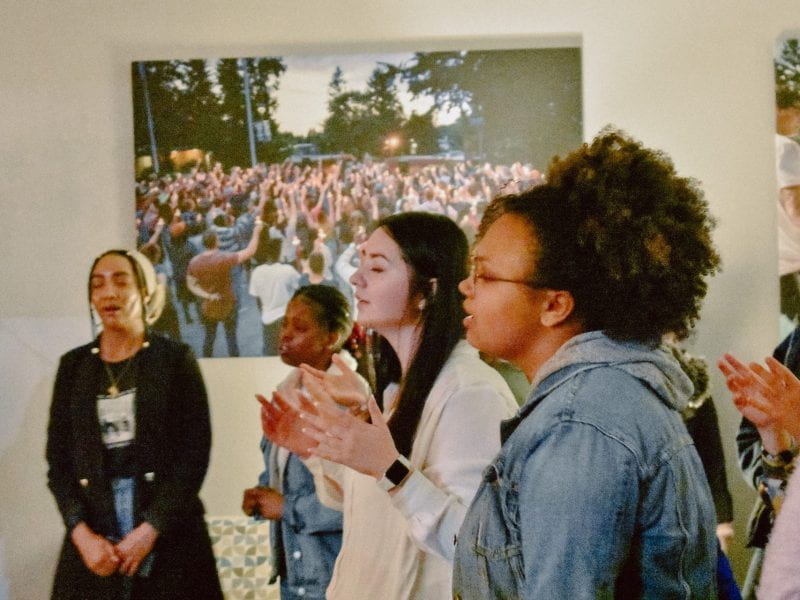 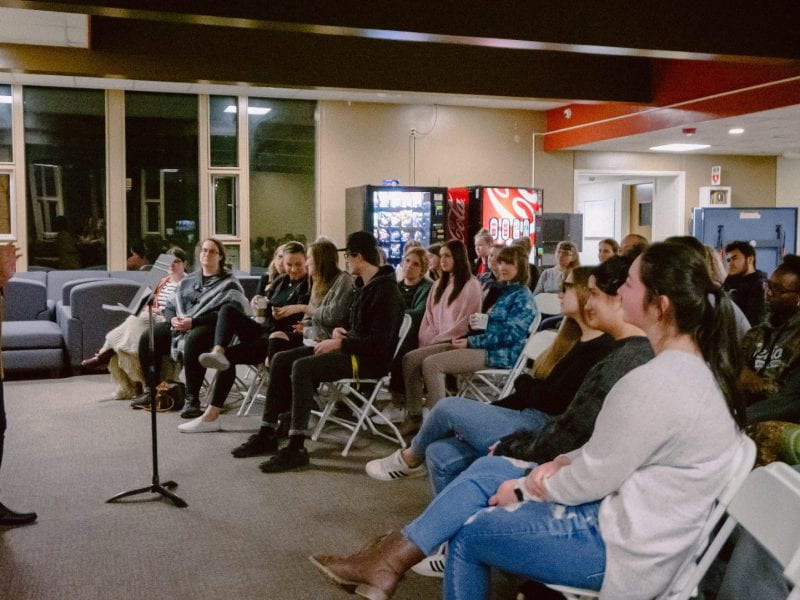 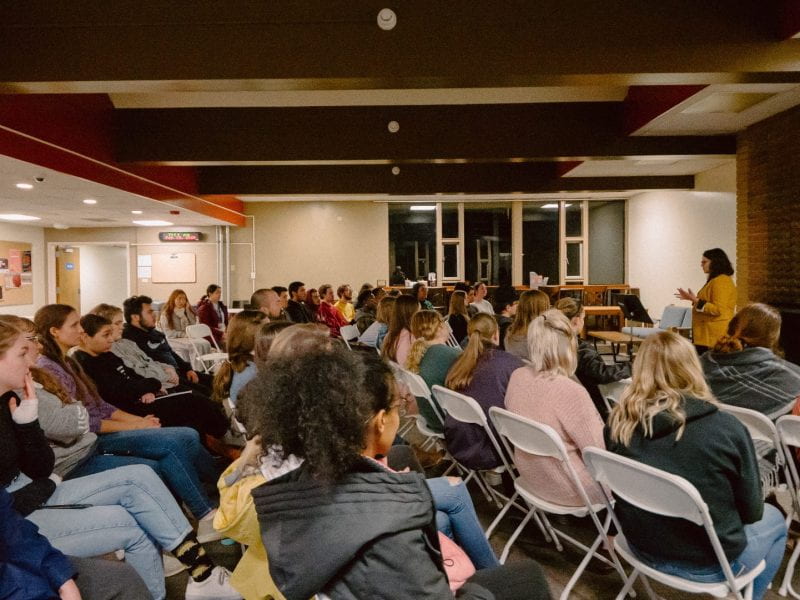 The week of Feb. 10 was a celebration of diversity and culture on campus as Mosaic hosted the annual Cultural Engagement Week. Throughout the week, students were given the opportunity to engage in a variety of different events and projects to learn about the diversity in our current society. On Monday, Mosaic set up a display in the Pecota Student Lounge about microaggressions, which was followed by a discussion event titled “Middle Ground” on Tuesday evening. The week continued with a multicultural worship night on Wednesday and a collaboration with Residence Life for a Last Lecture event on Thursday. To conclude the week, Mosaic partnered with the Hurst Library staff to set up a culture library in the Pecota Student Lounge on Friday, Feb. 14.

On Tuesday, Feb. 11, Mosaic held their first Middle Ground event. The event was inspired by the YouTube channel Jubilee, whose Middle Ground series aims to bring people of opposing groups together to find commonalities in their beliefs by facilitating open conversations. The topic of this event was gun legislation. It was discussed by a panel of ten students and teachers with varying views on the issue. The individuals discussing this topic were students Robert Vinje, Aaliyah Bains, Hailey Swartz, Kam Goetz, Andy Uptain, Jonah Faitala, Carley Kunkle, and Sarai Padron, alongside Dr. Jacob Witt and Dr. Cherri Seese.

Mosaic student director Natasha Vederoff opened the evening in prayer. The panelists introduced themselves and stated whether they were for or against gun legislation. Vederoff and Mosaic student coordinator Josh Ice then issued a series of prompts throughout the discussion. If a panelist agreed with the prompt, they would sit in the circle of chairs and discuss why they agreed. After some time, the individuals who disagreed would be invited to join and explain their disagreement.

The first prompt was “I think my views on guns can change.” Goetz, Vinje, Bains, and Padron stepped forward, expressing their openness towards the topic.

“There’s a lot of wisdom I haven’t heard yet,” said Vinje. “I’m open to having my mind changed.”

The rest of the panelists joined after a brief discussion and spoke about the importance of standing firm in certain beliefs.

Swartz said it is important to approach these conversations with humility.

“I think you can be set in your perspective and still have the willingness and the character to be humble enough to listen to somebody else,” said Swartz. “You can learn and you can adapt, but it’s important to know what you believe in.”

Witt reflected on how his views had changed over the years.

“I believe you have a right to guns, but they should be legislated, similar to almost everything else in your life,” Witt said.

The next prompt was “Being in a situation where my or a loved one’s life was in danger has shaped my view.” Uptain, Bains, Padron, and Witt stepped forward. They described times when friends and family members had been injured or killed using guns. Bains described her diverse experience with guns, from seeing them as protection against gang violence to using them recreationally to hunt in the country. Her perspective on guns shifted when she experienced a school shooting.

“I had grown up with guns and owned many. It was just a part of life, but when someone you love dies, there’s a shift. It’s like, ‘is this the best possible way to do things?’” Bains said. “I still believe in guns, but I agree that there should be legislation to restrict them.”

Panelists then discussed the way they perceived the other side. Seese expressed concern that people may view their right to guns as more important than the lives of others. Goetz brought up the consequences of too much regulation, describing his experience growing up in a small town among cattle farmers.

“I grew up where firearms were strictly a tool,” Goetz said. “You don’t own a gun to hunt, you own it to protect your property from natural predators. When someone comes in saying ‘actually, what you’re doing isn’t right,’ the consequence is that it hurts your business and your way of life.”

Uptain noted that both sides share a desire to reduce violence and unnecessary deaths.

“It’s just the methodology we disagree on,” Uptain said.

The discussion continued, lasting an hour and a half, including a brief Q&A session at the end. The panelists discussed mass shootings, the role of the NRA in legislation, psychological and sociological views, as well as the role of scripture when considering this topic.

Vederoff encouraged students to continue the discussion after they left the event, and to courageously engage others in conversation. Several panelists and students lingered after the event’s conclusion, conversing with one another and sharing their beliefs.

The second event of the week was Multicultural Worship night, which took place on Wednesday, Feb. 12, in the Pecota Student Lounge. This worship event featured a variety of different cultural elements as students were invited to worship in their own unique ways – whether through prayer, song or scripture reading. The night featured a variety of different language elements, including prayer in English and Swahili, songs in English and Spanish and scripture reading in French, and other languages. Mosaic student director Natasha Vederoff shared her thoughts about the worship night and how it has impacted her opinion on worship.

“Multicultural worship night was helpful for me to remember that my understanding of worship is so small in the scope of all the worship that God deserves,” Vederoff said.

The third event of the week was Last Lecture. College of Ministry Professor Lisa Russi spoke in Gray-Beatty Lounge at 7 p.m. on Thursday, Feb. 13. Students came out to listen to her discuss life on the mission field in Southern Asia.

Russi began her lecture with a story about a family member who was forced into child labor to provide food for her siblings. The same family member was kidnapped by a pimp and taken as a bride when she was a teen. It was in her forties that family member came to know Jesus and lived a joyful and peace-filled life.

Having been greatly influenced by this family member and her story, Russi gave her life to God and was called to be a missionary at a young age. After graduating from college, she was invited to visit Southern Asia. Russi’s heart broke over witnessing and interacting with women and children in human-trafficking and she decided she wanted to help. Russi entered the mission field in the early 2000s and has lived in both Southern Asia and France, where she has been able to help people in human trafficking and share the hope of Jesus.

As a part of her call to be able to inform others about her work, Russi encouraged students to ask themselves to “open [their] eyes and understand ‘what am I going to do with the darkness that is around me?’”

As she concluded, Russi challenged the crowd to “take the time to pray and ask God what kind of darkness we are called to.” Russi said that while not all are called to the mission field, everyone must fight their own battles in the way God asks them to.

“Northwest students, you are noble, so be noble,” Russi said.

Russi asked the NU community to join her in this battle against the darkness and pray for her as she enters a new season on the mission field.

Mr. Northwest is Back for a Night of the Roaring 20’s