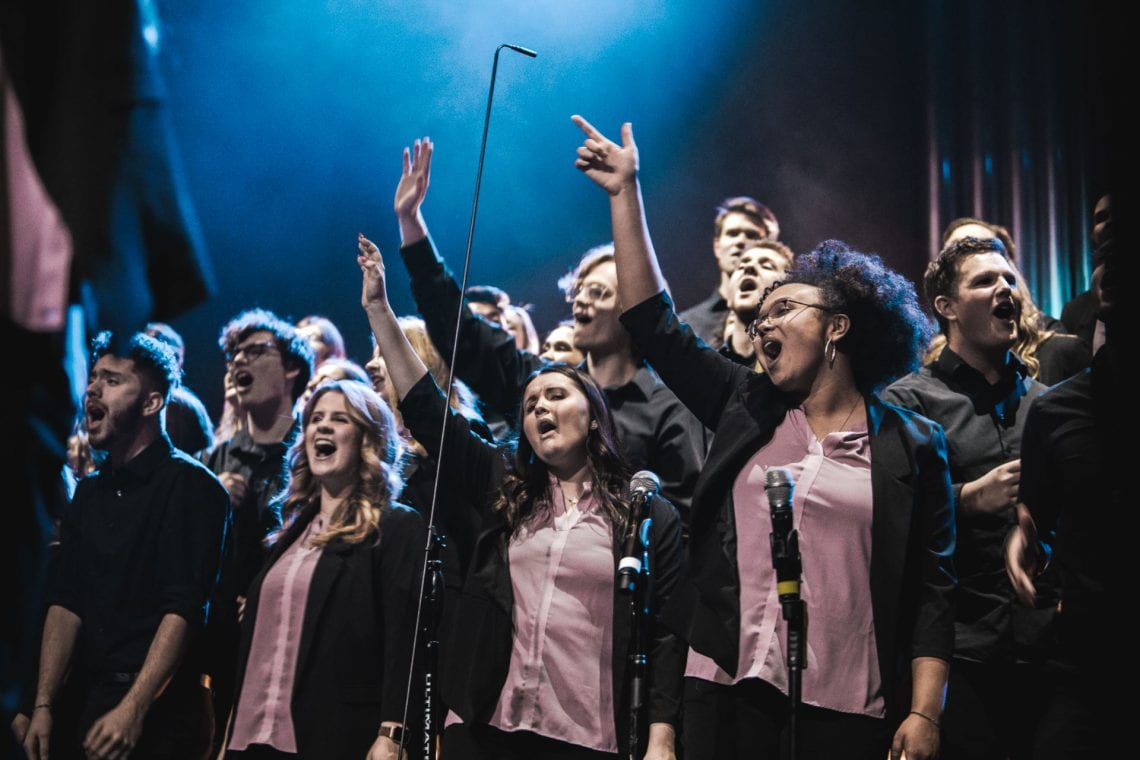 “There is Freedom” tour takes Choralons to Hawaii 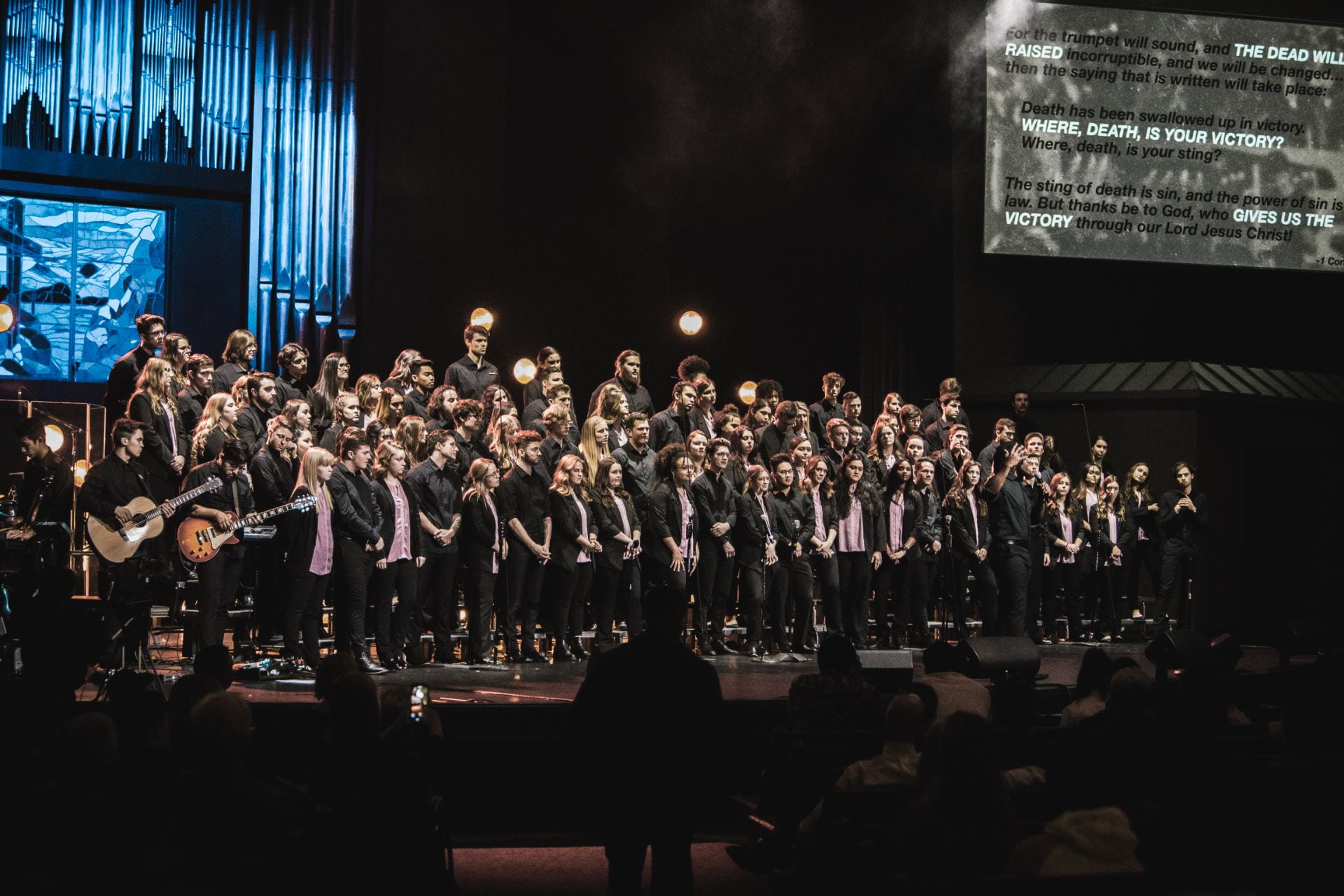 It’s a Friday afternoon in Barton, and the lively sounds of Christian Dawson’s jazzy piano riffs blend with 126 of Northwest University’s top singers as they belt the chorus of “Ain’t No Grave.” The energy in the room is palpable, but it is nothing compared to the dynamism of their concerts.

“The best part is watching the people in the audience be so moved by the music we’re performing,” says freshman Halie Brown.

The Northwest Choralons are NU’s gospel choir, composed of singers, a band, and a tech team. They strive toward three purposes: musical excellence, representation of Northwest, and most importantly, to give people the opportunity to come to know Jesus.

“I love everything about them,” says Choralons director Brenda Rasmussen. “None of us are perfect, including me, but we are open to being used by God.”

The members of Choralons have been hard at work all school year preparing for their tour “There is Freedom.” The name of the tour in particular has a special meaning to Rasmussen.

“For nine months my son-in-law has been battling stage four cancer. Even though it’s been difficult, there has been a freedom that we have had knowing God is in control. I think that there are many people, including our students, who need to hear that message.”

The tour kicked off with a concert Dec. 6 at Cedar Park Church in Bothell, followed by multiple church services in Olympia and Issaquah. The choir performed at the President’s Banquet in Bellevue on Feb. 21 and at Life Center in Tacoma on the 23. Their next stop is flying overseas to perform in Hawaii over spring break.

“Being part of the Choralons feels like being part of a close community, and I’m very excited to travel with them and get to know everyone better,” says freshman Jake Cepeda.

Organizing the trip to Hawaii has been a three-year process for Rasmussen. She and her husband Phil have attended conferences there multiple times to recruit students for Northwest, with the hope of someday bringing the choir to minister to the impoverished people outside of the wealthy tourist destinations. But never in their wildest dreams did they believe they could actually pull it off.

“But I’m in the stage of my life where I want to dream. I want to go for the impossible,” says Rasmussen. “People think we are just going to lay on the beach, and while I’m not ashamed to say that will be a part of it, I truly believe that the students will be shocked at what God is about to do. I can’t begin to tell you how excited I am.”