Preview of Northwest’s Got Talent 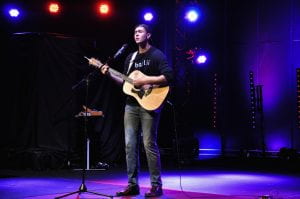 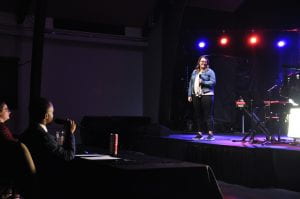 Every year SAB works hard to put together a talent show that is configured based off of the popular competition and T.V. show, “America’s Got Talent.” This year, however, because of the pandemic, the performances had to be recorded. For the performers, the only audience they had during recording consisted of SAB team members, the other performers and the five judges. One of the performers, senior Grace Lauder, said that she would prefer more people to be watching her live performance.

Freshman Ethan Wall says that he has played with the Piano Guys before, so one of the judges, Joshua Calandrino, said “Now I’m expecting a lot!” Wall certainly will not disappoint and will baffle the judges by writing a song for the piano on the fly based off of some simple prompts they will give him with an unexpected twist.

Senior Madison Eader, who has been dancing for about fifteen years, will be this year’s only dancing act. She will perform a beautiful and expressive contemporary dance to Tate Mcrae’s single, “Tear Myself Apart.”

Senior Grace Lauder, who accompanies her gorgeous voice with the piano, will make you cry with her performance of an Adele song. Lauder is self-taught on the piano and currently enjoys playing for her church as part of the worship team. Her dream job is to be a worship leader, and with her gift, she would be great at it!

The judges certainly have a hard decision to make this year, especially without immediate feedback from the student audience. The panel of five judges include junior Aliza Rodgers, sophomore Kristen Kaur, sophomore Joshua Calandrino, senior Keely Guisinger and sophomore Blessing Gasela Mhlanga. When asked, Mhlanga said that as a judge, he hoped to be a mix of Howie Mandel and Mel B from “America’s Got Talent” because of Howie’s brilliant humor and Mel’s chill vibe. Kaur also wanted her judging style to be most like Simon Cowell.

Overall, the filming for the talent show was successful. Only a few minor technical difficulties caused setbacks, and SAB members worked quickly and tirelessly to solve the problems and keep things flowing smoothly.

Even though COVID-19 changed how the annual talent will be held, the NU community is in for a treat with an abundance of student talent on Friday, Nov. 5. The event will consist of in-person and live stream viewing options. In-person attendance is first come, first served in Butterfield Chapel at 8 p.m. and a livestream option via YouTube will also be available at that time.