The people of Northwest University are important to our community’s atmosphere, especially during this time when we are all socially distanced and wearing masks. From being a part of the worship team to being a full-time student athlete, Isaac Carlin and Andie Kristinat embody what it means to be an NU Eagle. 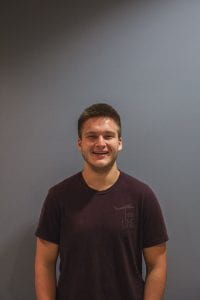 A contemporary music industry major, junior Isaac Carlin came to Northwest University because of their good music background and community life. Having grown up in Arlington, Wash., Carlin is the youngest of three sisters and one brother. With his dad being a worship pastor, Carlin was inspired at an early age to get involved in music. Since coming to Northwest, Carlin has joined the worship team, playing bass guitar.

In asking him how Northwest has impacted his life spiritually and personally, he said, “the people at NU have definitely impacted my spiritual growth throughout my years here at NU. I am heavily involved in the music atmosphere on campus and each person I have worked with has contributed to who I am now.”

However, when Carlin isn’t playing music, he loves to go on fun car rides and explore new places. Two of his favorite places to hike and visit are Hidden Lake Lookout in Washington and Glacier National Park in Montana at Glacier National park.

“I love showing people places; somewhere they wouldn’t have gotten themselves,” Carlin said. 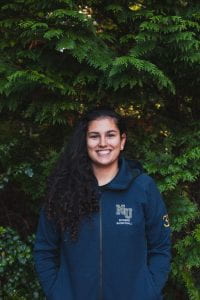 A senior at Northwest University, Andie Kristinat is a psychology major and on the women’s basketball team. Growing up in Santa Ana, Calif., Kristinat always knew she loved basketball. Some of the reasons why she came to NU is because of the community aspect and the beautiful Seattle area.

When she isn’t playing basketball, Kristinat is either hanging out with her friends, playing the violin or playing video games. Kristinat plans on getting her master’s degree in mental health counseling after graduation this spring, and she hopes to one day help kids in the foster care system and people with mental health issues.

Having played basketball since she was four years old, Kristinat primarily plays guard here at NU. Her favorite part about NU is the friendships and memories she has made.