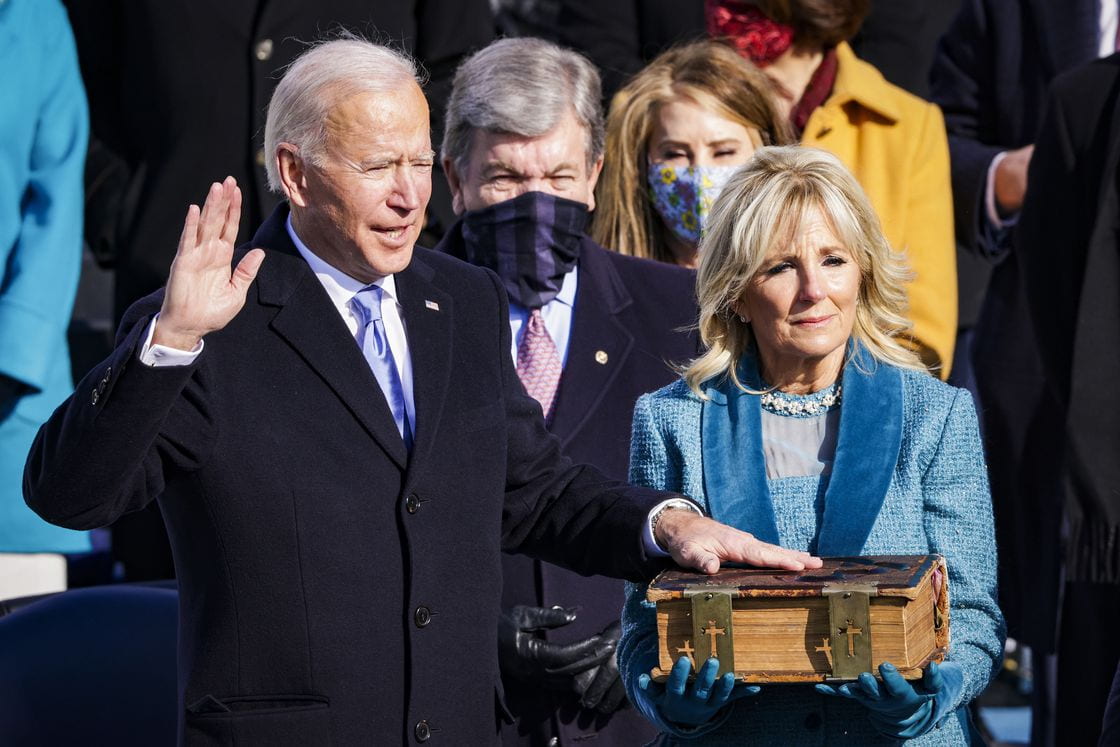 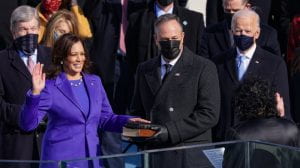 This Democratic duo have promised to bring back unity to our much-divided country, and to focus heavily upon the current pandemic that has affected so many of our great country’s citizens. Biden stated during his inaugural address that, for our country to succeed, “It requires that most elusive of things in a democracy: Unity.”

Trump also made history of another kind on this Inauguration Day, becoming only the fifth president to not attend the swearing-in of their successor, with the last being Andrew Johnson, who refused to attend Ulysses S. Grant’s inauguration in 1869. Trump, who had served as the 45th president, held a farewell rally at Andrews Air Force Base and returned to Mar-a-Lago after leaving the White House.

It is worth noting however, that Trump did leave Biden a letter, which has been a tradition for the preceding president to do for their successor since Ronald Reagan was succeeded by George H.W. Bush in 1989. Biden described the letter to reporters from CNN as “very generous,” but he would not disclose the contents of the letter, stating, “because it was private, I will not talk about it until I talk to him, but it was generous.” The American people may never know the contents of Trump’s letter to Biden, but the American people do know this: history was made in more than one way on this Inauguration Day.

The students of Northwest University have their own thoughts about this historical day and the run that led up to it. Senior Felix Duppong and junior Jon Hill were interviewed about these events.

When asked about what they remembered about previous elections and inaugurations, Duppong referenced the 2016 election, and stated that, at that time, he “was a carefree high school student” but he “still remembered being nervous.” Hill, on the other hand, reflected upon the 2008 election, particularly in how “there wasn’t a whole lot of controversy in face-to-face interactions like there was in the 2016 election,” and even clarified that “It just felt like a normal period in history.”

When asked to reflect upon how their awareness of events has changed between these elections, both Duppong and Hill concurred that they have become more aware in the last four years, as it was both of their first times voting in a presidential election.

“Before 2016, I really never really gave any thought to presidential nominees. It wasn’t until that I heard that the guy from ‘The Apprentice’ was running that I actually started paying attention. Now in 2020, I’m trying very hard not to pay attention again,” Hill said.

Hill and Duppong also reflected upon the importance of understanding history and politics.

Hill stated, “I think looking at history is important when thinking about current elections because it allows us to see all the red flags before they cause damage. It can also let us see good qualities that might drive the nation farther. Unfortunately, history can be subjective for some people which makes it less effective as a tool for the whole nation. Despite this, I still think it’s important.”

“In anything you do, you need to educate or at least familiarize yourself in whatever it is [that] you’re doing. In the case of politics and this country, it is even more important to educate yourself because…the issues that are at hand require that we take the time to learn what it going on,” Duppong said.

2021 Lip Sync Battle is a Success Despite Restrictions