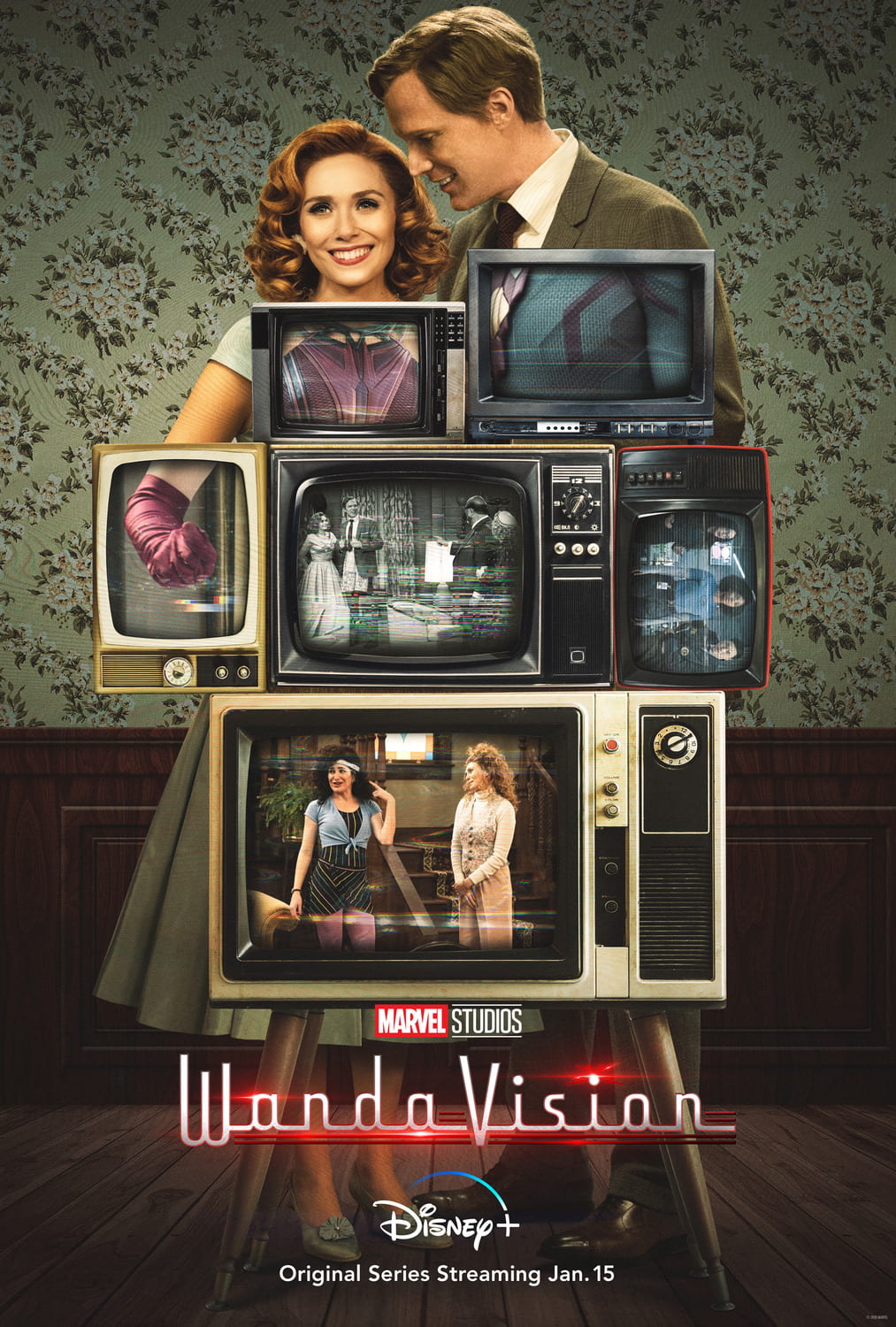 After over a year without any substantial Marvel Studios content, fans were chomping at the bit for Marvel’s latest addition to their ever-growing cinematic universe. Fans got their wish with “WandaVision,” the first of many new shows set in the Marvel Cinematic Universe (MCU) that will be premiering on Disney Plus. Although there have been previous shows under the Marvel banner, they were largely detached and inconsequential to the films. Now, however, Marvel Studios President Kevin Feige has promised that these shows will be more important to the overarching stories being told in the MCU.

“WandaVision” follows Avenger Wanda Maximoff (Elizabeth Olsen), also known as The Scarlet Witch, and Vision (Paul Bettany) shortly after the events of “Avengers: Endgame,” and places the heroes in Westview, a friendly and tight-knit small town in New Jersey. All is not as it seems, however.

The weirdness begins right away, as the iconic Marvel Studios opening quickly goes from the colorful montage that fans know and love to a black and white version of itself with a shift in the aspect ratio to something more akin to the 1950s television. The show then continues to shock viewers as the two Avengers grace the screen accompanied by an old-fashioned theme song and montage that would not feel out of place on “I Love Lucy” or “The Dick Van Dyke Show.” The show doubles down on its retro aesthetic within the episode itself, and the series follows suit, as each subsequent episode emulates a different sitcom of a following decade, with the exception of episode four, which provides context as to what is going on outside of Westview. Westview seems to be a picture-perfect recreation of the sitcoms of yesteryear, starring two of the Avengers.

“WandaVision” is most certainly off to a unique and strong start, and it is a hit with Marvel fans worldwide, and Northwest University’s students are no exception. Students Jon Hill (junior), Felix Duppong (senior) were each asked to describe this marvelous new show in two words and came up with “weird [and] different,” and “refreshing [and] interesting” respectively.

Both students have clearly been enjoying the show, with Duppong commenting, “It’s been so much fun. My roommates and I watch it together Thursday nights at midnight sharp” as to avoid any potential spoilers.

Both viewers agree that the second half of the series will be something unlike Marvel fans have ever witnessed before, and Bettany agrees. Bettany has called the show “an explosion of mad creativity” in a recent interview with ScreenRant. The actor has also promised fans in an interview with Collider that “the MCU that we all know will collide in the most epic of endings,” and fans are eagerly awaiting to see just how the series will end.