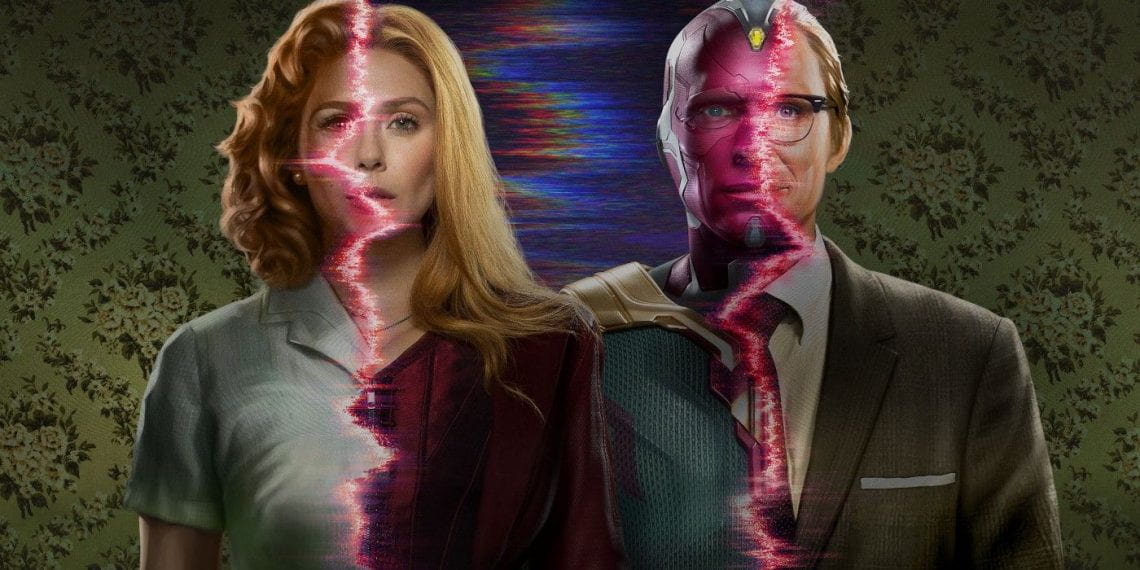 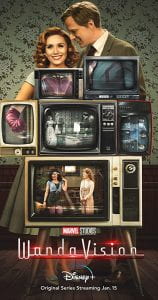 The latest chapter in the Marvel Cinematic Universe, “Wandavision,” has drawn to a close after nine episodes. Fans were ecstatic for more Marvel Studios content, as the year of 2020 was the first year in over a decade without any new content set in the beloved Marvel Universe.

“Wandavision” excited longtime fans and newcomers alike by not only being the first piece of Marvel content since 2019’s “Spider-Man: Far from Home,” but also by being the first of several original series set within the MCU that will premiere on Disney Plus. Fans could not wait to see how Marvel would embrace this new format, and just how the stories of the titular two Avengers would progress throughout this limited series.

“Wandavision” followed Avengers Wanda Maximoff, also known as the Scarlet Witch (played by Elizabeth Olsen) and Vision (Paul Bettany) after the events of “Avengers: Endgame,” and placed them in Westview, an average small town in New Jersey. However, if there’s anything viewers learned about Westview, throughout the series, it’s that it is far from average.

The series raised a plethora of questions about the goings on of Westview, and the condition of these beloved Avengers. The sixth and seventh episodes continued to pose questions that fans were eager to have answered and teased some major changes to the Marvel Cinematic Universe as viewers know it. There were shocking characters introduced (which I will not spoil), and very interesting revelations about what the world was like between the events of “Avengers: Infinity War” and “Avengers: Endgame,” as well as how it was after the latter. The remaining episodes offered up some answers, as well as more information about the origins of Wanda, which had not been covered hardly at all since 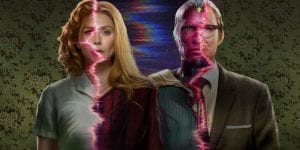 her introduction in the post-credits scene of “Captain America: The Winter Soldier” and her full debut in “Avengers: Age of Ultron”. If there is one thing that the show did well, it was the character development of Ms. Maximoff, who was played incredibly well by Elizabeth Olsen. Despite all of this, the last few episodes of the show left many fans feeling unsatisfied. Although the show does leave the Scarlet Witch in a great place for Sam Raimi’s “Doctor Strange in the Multiverse of Madness,” many fans feel that it backtracked on much of what was promised in earlier episodes. The Vision himself, Paul Bettany, teased getting to work with “an actor that [he has] longed to work with all of [his] life, and [they] have some amazing scenes together,” even going so far as to describe the scenes with this actor as “extraordinary.”

Olsen also teased big things, claiming that the series would have a surprise on the same level as the cameo in the final episode of season two of Disney Plus’s “The Mandalorian,” and told TV Line, “[she was] really excited” for viewers to experience the remainder of the series. Both of these interesting teases were given lackluster payoffs, much to the dismay of viewers.

As mentioned in my first article covering this series, Northwest University’s own students were under the spell of “Wandavision.” Students Jon Hill (junior), Felix Duppong (senior) and I all watched the events of “Wandavision” unfold weekly, through Disney Plus outages and disappointing twists.

Both students enjoyed the overall experience of the series, with Hill complimenting how the show, “felt very different from other Marvel entries but still felt at home in the whole universe,” and praised how “it had a lot of tones throughout the show but never really felt like it had lost its identity.”

Duppong noted his disappointment in an interview, where he stated, “I was incredibly disappointed [by the answers given]. They built up so much and even name-dropped huge names, but they never really delivered.” 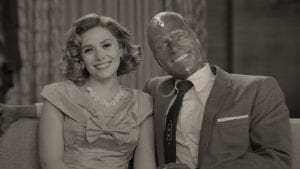 Highlighting the diversity of opinions caused by the show, Hill stated, “considering that I did not really have any expectations going in, this show definitely did not disappoint. I was very pleasantly surprised with how it turned out.”

Regardless of how they felt about the overall conclusion to the series, both students agreed that the best aspects of the show were “in the beginning half,” with Duppong noting how much fun “the mystery” of the show was.

Both students also agree that Marvel Studios can learn from “Wandavision” and apply to their future Disney Plus shows, like the all-new “The Falcon and the Winter Soldier,” which premiered Friday, 19 Mar.

Hill suggested, “Marvel shows could try to avoid in the future is having some big overarching mystery,” clarifying, “I think this works well in the movies because we are right there with the characters and do not really have time to think about it, but when it is in the form of a show, everyone has their own opinion on how it should end and become disappointed when it does not happen.”

Reflecting Hill’s concerns, Duppong offered up his opinion, that being, “If they [Marvel] tease and tease and tease, which is all that ‘Wandavision’ was, then [Marvel] needs to deliver.”

Although I share Duppong’s sentiments slightly more than I do Hill’s, both have excellent points that Marvel should indeed take note of. Whether Marvel learned anything from “Wandavision” remains to be seen, but viewers will know soon, as the aforementioned “The Falcon and the Winter Soldier” will play out over the next few weeks.

The New Boba Place in Town