In the dead of winter, especially in our lovely Seattle area, gray, gloomy skies often leave us feeling unmotivated and anything but hopeful. Then the miracle of spring happens, and the sunny weather starts to brighten our spirits, giving us that happy, hopeful feeling and reminding us that summer is within range. But what can give us hope during the darker seasons of our lives? When the sun isn’t out to greet us as we wake up, what motivates us to actually rise and start the day? 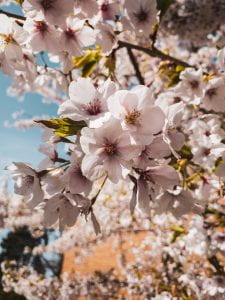 Professor Jack Wisemore had a lot to say on the subject of where hope is found and how he presses on towards the goal for which God has called him – and all of us.

“Knowing we live in a fallen world but also knowing this is not the final world allows me to be sad and disappointed without falling into despair, angry without becoming vengeful, and optimistic without being a Pollyanna,” said Wisemore.

He recognizes that life won’t always go the way we want it to go, but he’s lived enough life and read enough of the Bible to know that God is always working behind the scenes, and that he will bring to completion the things that he has started. Two verses he mentioned to support this were Romans 8:28 that says, “And we know that in all things God works for the good of those who love Him, who have been called according to His purpose”; and Philippians 1:6 that says, “being confident of this, that He who began a good work in you will carry it on to completion until the day of Christ Jesus.”

We also know that a greater life awaits us in heaven, where we will be with our heavenly Father for all eternity. This promise can seem like the much-anticipated spring season in the dead of winter – it might not feel like it will ever come. The Israelites had to wander in the desert for many, many years before they could enter the promised land. The disciples thought that Jesus would return for the rapture much sooner than later and take them home. Even now, we wait in this pandemic season for life to return to “normal”, and if we’re being honest, we don’t even remember what “normal” feels like. Motivation to press on and get out of bed in the morning can be scarce when we don’t feel much hope, but Wisemore shared some encouragement on the matter:

“I think what motivates me to get out of bed is the belief that I make a difference in the world. Some might see this as an easy answer for me because I am a professor, but I am not just talking about my 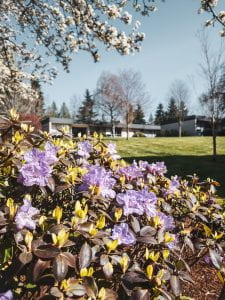 job. When I talk about making a difference, I am not talking about being a celebrity, a social media influencer, someone who has amazing talents and gifts that amaze the crowds, or even a professor. What I am talking about is the difficult and unglamorous work of being a believer in the trenches of everyday life.”

Wisemore went on to explain that all of us are given gifts by the Holy Spirit that allow us to have a positive impact on the world around us. We can be the hope-bringers in this dark and broken world. Even when the sun doesn’t shine or the pandemic feels permanent, we have the ability to be the light of the world and bring others into the love, peace and hope of Jesus.

“I pray that the eyes of your heart may be enlightened in order that you may know the hope to which He has called you, the riches of his glorious inheritance in His holy people, and His incomparably great power for us who believe. That power is the same as the mighty strength He exerted when He raised Christ from the dead and seated Him at His right hand in the heavenly realms” (Ephesians 1:18-20).