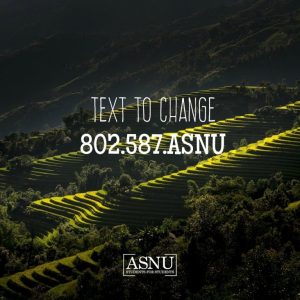 ASNU passed a proposal to change the distribution of senators at its meeting last Tuesday.

Currently, every class, residence hall, and the apartments as a whole each have one representative in ASNU. There are also two at-large senators.

“[At the beginning of Fall 2018,] the senator distribution will now be structured around the floors, with each floor in the residence halls having one senator. The apartments will still have one senator, but there was an addition of two off-campus senators. The number of at-large senators was not changed, remaining at two,” Grosso said.

The change will bring the total number of senators to 11.

ASNU Vice President Alex Lee said the change is an effort to provide more accurate representation for the students at NU.

“The goal of senate is student voice,” Lee said. “[The restructure] will allow a more accurate representation.”

According to the ASNU webpage, the change will allow senators to better represent student voice and support positive change.

Lee said the senate restructuring idea surfaced earlier in the year in an ASNU executive meeting. The recent re-organization of NUSG, the previous incarnation of NU’s student body government, into ASNU left some lingering questions about what ASNU could do to distinguish itself as an improved student government. After noticing that just one senator per residence hall left many students without much of a voice on campus, the executive team decided a change might be beneficial.

“Currently everyone is just doing their own thing; how can we fix that?” Lee said.

Senate voted in favor of the restructure and it will take effect from the Fall 2018 semester onward. Full details about the restructure, including the newly amended by-law, can be found on the ASNU webpage.